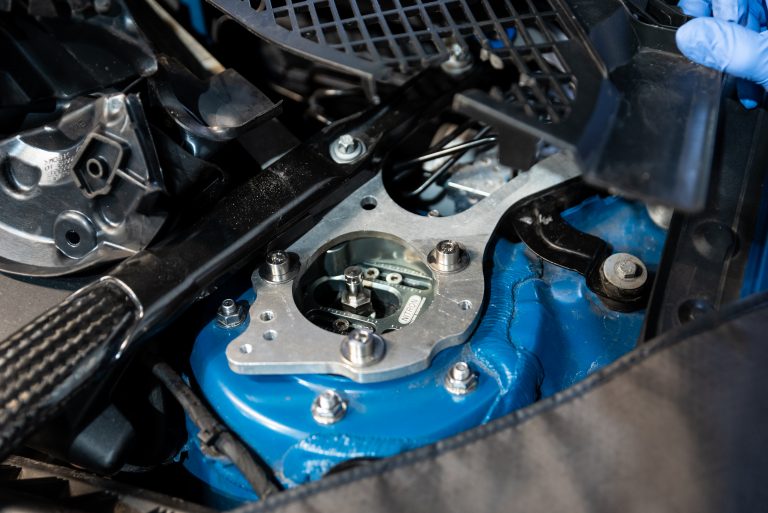 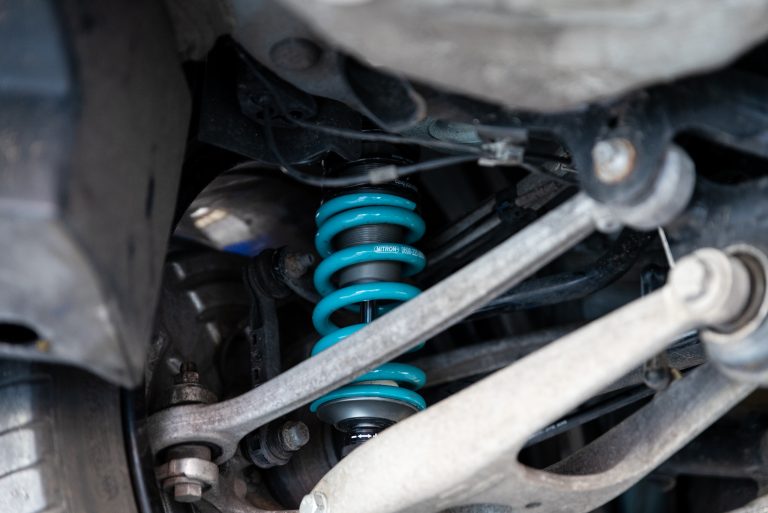 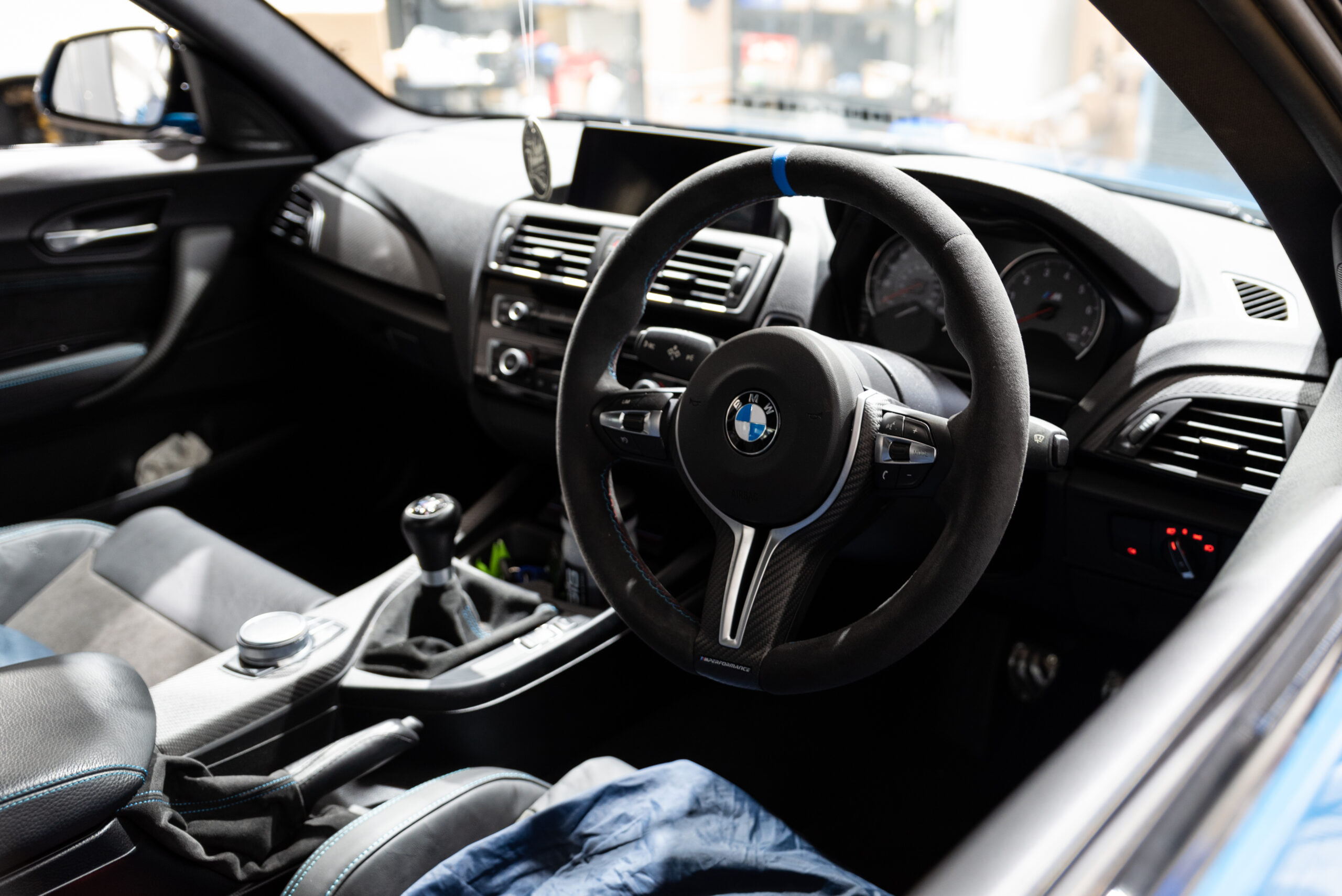 Upon the cars arrival we pulled the it in to the workshop and onto the Dyno, tyre pressures were checked, the car strapped down and warmed up to normal operating temperature, and then a couple of power runs were carried out to generate a baseline graph to assess the current state of health of the engine, we also scanned the ECU for any stored fault codes. With the car producing a healthy 370 BHP and 395 Lb/Ft with no stored codes, it was given a clean bill of heath and we continued to the first tuning stage, which consists of no hardware changes, involving just a remap of the standard ECU

How does the car gain power without changing any physical hardware?

This is the first stage, and utilises an optimised Map created by CustomPRO to squeeze a bit more power out of the car by optimising ignition timing and boost pressure to a level BMW can’t do to a car they sell all over the world which includes countries where fuel quality and octane rating may be lower, luckily in England we have ready access to 98/99 RON and to that end a respectable increase in output is possible while retaining the standard cars drivability

For stage 1+, we removed the car from the rollers and put it on the ramp, this time to fit a Scorpion De-cat down pipe in place of the cars standard restrictive catalytic convertor, this particular car will only be used on track in this configuration as it would not meet the MOT requirements for use on the road, which is a pity, we do however also offer replacement sports cats which will give good power and torque increases while remaining road legal but nothing can outperform the flow rates achieved with total removal of the cat

Once back on the rollers the results tell their own story, with the much less restrictive exhaust and a remap to suit, the power and torque figures were markedly improved over the entire rev range, with a faster turbo spool also aiding a much larger area under the curve, with torque increasing 15-20 LB/FT for 3/4 of the rev range and power going up by 11 BHP at the peak, this results in a much stronger feeling engine which feels nicer to drive even when part throttle cruising, and of course when pushing on at a track it really transforms the car's performance

Why does changing the downpipe gain more power?

This is because generally speaking the more freely your exhaust system can flow from the turbo back the faster exhaust gasses can escape which in turn leads to less back pressure and lower exhaust gas temperatures and a turbo running in a much more efficient manner, allowing even more optimisation of ignition timing and boost levels, which in turn means more power and torque are produced

At this point it is worth mentioning the change in exhaust note, due to the less restrictive exhaust system the car now has lot more presence and a much beefier sound to the exhaust, and the turbo itself is also more audible when spinning up, something we think the M2 has been crying out for as it sounds a bit too quiet and restrained as standard for a performance-orientated vehicle, although this doesn’t mean the car will become  a permanently shouty monster as a nice feature of the ECU software the cars standard driving mode switch remains in use and with the car in comfort mode it is still slightly louder but does not have the pops and bangs on over run, giving you the best of both worlds. We do however also offer optional enhanced over run sound for people who like their cars loud!

The second stage involves fitting a new larger intercooler form Airtec, a stepped design with a much larger frontal area and overall capacity, with high flow end tanks and pipework, coupled to CNC machined connections for the boost pipes its a high-quality piece of kit, and while fitting it alone will not gain you a large amount of power, but still noticeable, what It will give you is a much more consistent level of power, especially when at the track or even during a prolonged spirited drive on the public road. However! once the CustomPRO software was optimised, which involves advancing the ignition timing/increasing the boost levels that the improved cooling system allow.  An extra 16HP at peak with 20-25lbft in the mid range was seen.

Why does the car gain more power by changing the intercooler?

This is because the standard intercooler on a M2 is frankly a poor design, and too small for a car that will doubtless be used hard by most owners, even on a fun Sunday drive on your favourite country road the inlet temperatures will quickly creep up to a point where the ECU increases fueling for cooling reasons and removes ignition timing to compensate, and in doing so will also lower the power output of the engine.

Let us explain, I’m sure most will know that engines run on a homogenous mixture of air and fuel, there is an ideal ratio of the two that results in total combustion of said mixture when an ignition source is applied, known as the stoichiometric ratio, with pump fuel, that ratio is 14.7-1, or 14.7 parts air to one part fuel, you will often see slight variations on this, with engines running lean(more air, less fuel) or rich(more fuel, less air) depending on many factors which I won’t go into here, but suffice to say the ECU knows the amount of air entering it and adjusts the fuel ratio accordingly by altering the amount of fuel injected to the cylinders

Hot air is less dense than cold air so the hotter it gets the less of it there is to mix with the fuel going into the engine, so the ECU will adjust the fuelling to compensate but also reduce ignition timing to remove the risk of engine damage from detonation, and as the engine is burning less fuel per ignition event and running less ignition timing it produces less energy per ignition event and thus less power, put simply hotter inlet air temps mean less power! on a track day this will happen after as little as two laps of Brands Hatch and quite frankly we find this bizarre on such a performance orientated car

Once the intercooler was installed, the car was then re-strapped down onto the rollers and a couple of power runs carried out, we had of course data logged the earlier standard runs and also did some back to back pulls with an eye on the inlet temperatures, and this process was repeated for the new setup, the differences are startling, the car only made a few more horsepower, but the inlet air temps really told the story, with the standard intercooler we saw inlet temps of 60+ degrees on the second of back to back runs, with the Airtec installed the tempertures had dropped by a staggering 35 degrees on average! This will make a massive difference when on track, especially in places like the Nurburgring ring with its long up hill climb at the back of the circuit, but will also help keep the power noticeably more consistent when driving hard on the road and something we highly recommend!

With personal experiance along with owners saying the the throttle mapping in ‘sport’ modes on modern ///M cars is very aggressive and less linear than in comfort mode, which can lead to unwanted over steer and a poor throttle feel when on track, with the ECU  software we can alter the throttle mapping to suit driver preference, and on this particular car we did just that as the owner wanted a more progressive throttle for track use. Also when in comfort mode the car has a less aggressive map making it more docile for the daily and more mundane drives

We also carried out one hardware mod we would recommend even on a Standard car, and that is to swap the standard inlet air charge pipe for one made from aluminium rather than plastic, we have seen multiple failures of this particular pipe in all N55 engined BMWs, especially if used as they were intended, this is mainly down to poor design and engine movement causing stress at the point where the pipe joins the throttle body, rather than out right power levels, so definitely something we think should be on your shopping list! other than reliability there is also the added benefit of the possibility of additional ports for methanol injection being incorporated into the new pipe, on this car we fitted a CP charge pipe supplied by the customer but if you are purchasing from us we offer the Forge motorsport item instead

This brought us to the end of our current development path for this particular M2 but watch this space as using upgraded fuel pumps and hybrid turbos we can push the N55 even further!

We hope you enjoyed reading this blog, and hope it gives you a better insight into why we do what we do here at WG, and what sort of results you can expect should you bring your car to us